Sometimes you gotta know when to hold ’em and know when to fold ’em, but what if you don’t know there’s a game going on?

James Toback (of Fingers fame) just found out that Martin Scorsese, Leonard DiCaprio, and screenwriter William Monaghan (the same crew behind The Departed) are re-making his 1974 film, The Gambler — but apparently, the studio forgot to tell him! (via Deadline) 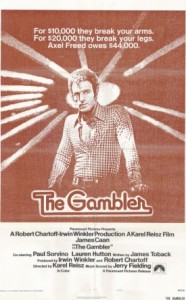 Last week, I borrowed a childrens book, The Invention of Hugo Cabret, from my friend’s kid just to get an idea of what Martin Scorsese’s next movie might look like…and I was astonished.

The book, lovingly written and illustrated by Brian Selznick, is a touching story about an orphaned boy living in an old Paris train station who stumbles upon the lost works of French filmmaker, Georges Méliès. I won’t spoil the plot, but I can say it will be intriguing to see what the film preservationist Scorsese does with the material as its reminiscent of Polar Express, Willy Wonka and The Chocolate Factory, and The Age of Innocence.

The only bummer now is that I have to give the kid back his book! 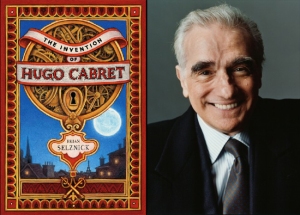 Last week it was reported that Mick Jagger and Martin Scorsese are teaming up for a TV pilot on the rock biz called History of Music. Although Jagger will mainly serve as exec producer, it will be interesting to see how this project stacks up against his past productions.

Over the weekend, I got a chance to look at the latest movie poster book to hit the shelves, Starstruck: Vintage Movie Posters From Classic Hollywood.

Written by Ira Resnick, the famed poster collector/owner of the Motion Picture Arts Gallery, this coffeetable book is a dream for fans of pre-1940’s movies. And with an introduction by Martin Scorsese, you know the guy’s legit. Along with colorful reproductions, the book features even more colorful anecdotes of how Resnick scoured the countryside during the 70’s and 80’s and bought most of these priceless collectibles for a song…Ah, dem were the days.