The indie female-driven thriller, Black Rock, washes up at movie theatres this weekend — and I’m digging the new spin on a classic taken by Ignition Print for the one-sheet. Inspired by such designers as Bill Gold (Deliverance), Jason Munn (Treasure Island Music Festival), and Steve Frankfurt (Rosemary’s Baby), this Black Rock poster is solid! (IMP)

Jason Munn of Alamo Drafthouse, etc. — has a new poster out for the Flight of the Conchords Australian Tour… 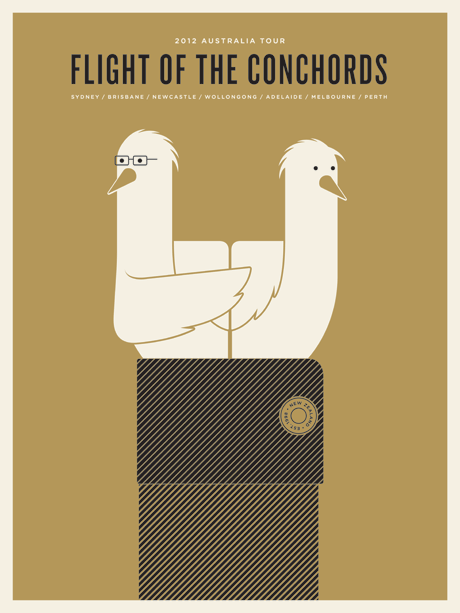 If you’re looking for the next Olly Moss or Jason Munn, you might find them working on their craft at Parsons the New School for Design in New York City — as the New York Times showcased these recent student submissions for the Broadway revival of Death Of A Salesman, starring Philip Seymour Hoffman, and directed by Mike Nichols.

With that designation under his belt, he designed an eye-popping quartet of Saul Bass-ish graphics that are now on sale at Munn’s website or the SFMoMA museum store!

Much like his predecessors — and contemporaries — Peter Strausfeld, Olly Moss, and Jason Munn who all supplied their original movie poster visions to the UK’s Academy Cinema and Alamo Drafthouse, respectively — now comes along David O’Daniel and his wonderful limited edition silkscreens for The Castro Theatre in San Francisco.

Jason Munn’s minimalist movie poster remakes from The Rolling Roadshow Tour are now on sale for $50 smackers. Get ’em while they’re hot!

(Btw, these copies for sale on Munn’s website are Artists Proofs with an edition of 30 each — if you’re into that kinda thang!)

This post is not a tribute to the 80’s David Bowie flick, The Hunger — but rather, it’s dedicated to French illustrator, Tomi Ungerer, who is actually most known for his 1950’s and 1960’s American design work in children’s books and political newspapers/magazines like The New York Times and Esquire. But if you’re a movie poster fan, then you definitely have seen his one-hit wonder, Dr. Strangelove (although he also did the one-sheet for Monterey Pop).

Inspired by Saul Steinberg, his style is cut from the same cloth as such political humorists/cartoonists as Jules Feiffer, Maurice Sendak, and William Steig (Shrek), and he has recently come out with a new kids’ book, which you can read about here. 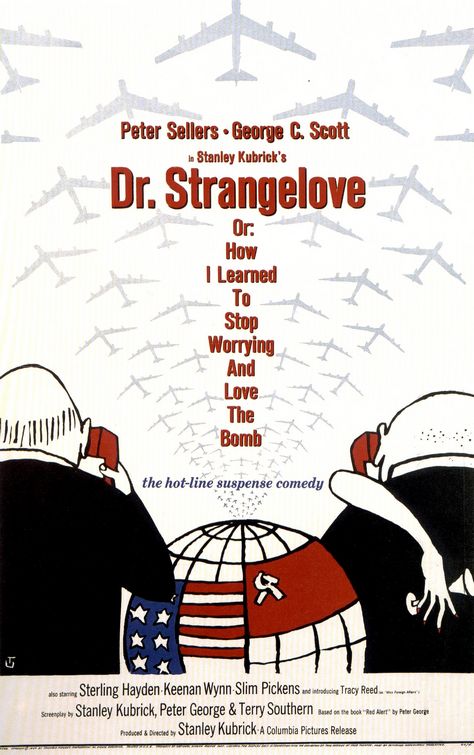 Movie poster trends come and go, but there is no doubt that the hottest new kid on the block is Mondo, the mates behind the Alamo Drafthouse, who have rejuvenated the morbid market with their revamped one-sheets designs for The Rolling Roadshow Tour from such graphic design prodigys as Olly Moss and Jason Munn.

So if you want to learn more about this newfangled limited-edition movie poster empire, check out Ben Marks’s interview with Mondo creative director, Justin Ishmael, on Collectors Weekly. 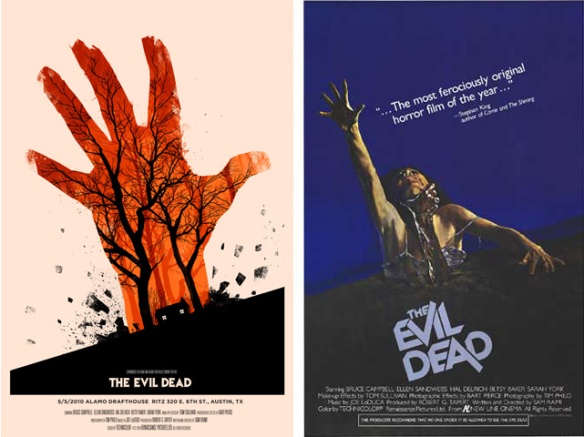 The Rolling Roadshow Tour — brought to you by the movie-loving mavens at Alamo Drafthouse — starts tonight, and the schedule features a big platter of Texas-themed classics. And the posters by indie rock fave, Jason Munn, look pretty sweet, too. (If you recall, British artist, Olly Moss, did the sheets for last year’s show).